Blog
You are here: Home / Blog / Travel / Top 10 Highlights in Month 1 of our Family Time in Britain

Today marks the day that we officially left one month ago to embark on our family’s 5 month adventure in Great Britain.

We are living in North Wales but traveling all over the UK, making the most of our time here, and when we sit back to look, we cannot believe how much we have already done in one month!

We are also homeschooling the boys, so it makes for 24-7 family time, which isn’t always easy, but we are making the best of it!

Here are our top 10 highlights, in no particular order

It was a misty morning, but the stones rose out of the fog. You can actually get quite close to the stones, too. Imagine standing with something that has stood for over 5000 years!

We also went to nearby Avebury stone circle. These stones had been buried over time, but in the 1930s, they were dug up and reassembled. You can go up and touch these ones, and the town is built around them!

An ancient Roman city, the town on Bath is the location of a hot spring where the Romans built… a public bath! There was a fascinating audio tour to go along with our visit.

You can’t come to the United Kingdom without seeing and appreciating castles. Where we are in North Wales, castles are everywhere! Some were originally built by the Welsh princes in the early 1200s whereas many more were built by Edward I in the late 1200s to establish his rule over the Welsh.

Because we are homeschooling the boys and are residents of Wales, we get into all the Welsh castles for free!

Harlech Castle was the boys’ first castle to explore.

This castle was originally built on the edge of the sea which overtime silted in.

On the north coast of Wales, we visited Conwy castle. It was built in 1283 and took 4 years to construct.

The construction of the castle also included walls to enclose the city.

Did you know that in Wales there are 3 times the number of sheep as there are people? Sheep are everywhere! And now, the lambs are being born. We are lucky to have a field of them behind our house.

And we can’t forget our new friend who lives up the road. He’s a horse with a mustache!

He makes us giggle every time we visit him!

The boys are having a great time trying all the new flavours of chips (crisps) from Boozy Duck to Prawn Cocktail, we’ve had them all!

A staple in the UK is fish and chips!  And you can buy beer in the chippy, too!

The boys have fallen in love with tea.

AND the best is scones with clotted cream and strawberry jam. We could eat this every day!

Everywhere you look in North Wales, your breath is taken away by the sights. No wonder Lonely Planet judged North Wales to be THE pace to visit in 2017!

I wish I had a camera on the dashboard to record what we see when we pull out of the driveway.

We are living in Snowdonia National Park. Here are some of the views from some of the places we have been.

We have joined in a few activities in the community. First, we participated in a pub quiz at the local hall… and won!

We have volunteered a few times with the local nature reserve to help rake, cut down trees and help with general maintenance.

The boys have joined karate. It is similar to the style they are learning at home, but they get a chance to be with other kids and we get a break!

And, we joined in a nature hunt to learn about rock pools and to count shark eggs on the beach.

I may love cathedrals more than castles! I love the stained glass windows, the tall arches, the history and the serenity in them.

First, we went to Salisbury Cathedral. It is also home to the Magna Carta, written in 1215.

We had a fantastic tour of the Chester Cathedral.

Museums are everywhere and on every topic imaginable. Many of them are free, too!

We had a tour of a Llechwedd Victorian slate mine in Wales.The boys got to try their hands at some of the job done by children. I don’t think they were convinced it was the life for them.

We headed inside an old slate mine that was converted into a power station. It uses hydraulics to have power running in 90seconds from when they turn it on!

Liverpool is full of museums, and the boys particularly loved the World Museum! Daniel takes you on a tour of it here.

Although we may live in one of the oldest settled parts in Canada from 1604, we really know nothing about history! That is a mere drop in the bucket compared to the history that surrounds us in Britain. History is everywhere.

There are Roman Forts and gardens from 2000 years ago.

Tombstones in churches from the 5th and 6th centuries!

And of course, the prehistoric stones of Stonehenge and Avebury that are 5000 years old.

What will the next month bring? Stay tuned to find out! 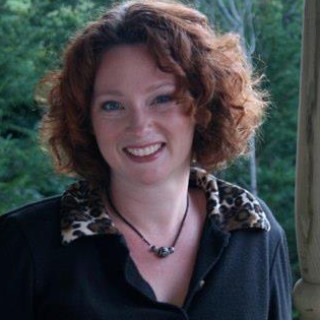 A new Face with Rodan +Fields
Scroll to top